We Can't Buy Our Way Out Of Diversity With Jewish Money 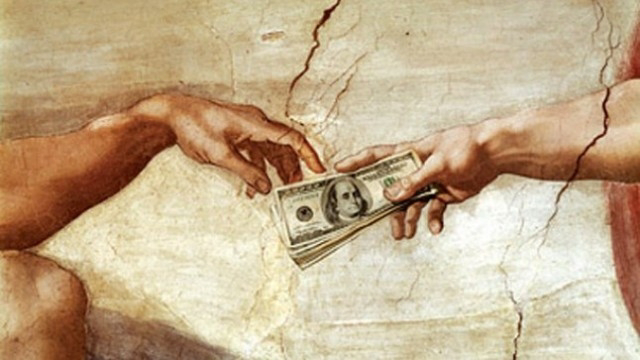 The block which I currently reside, at one point, was a decent place to live. Brown people of all shapes and sizes weren't so commonplace a few years ago. However, diversity does not care about homogeneity, and diversity waits for no one. As white citizens of modernity, living under Jewish dominion, this is where we stand.

I wasn't always this hateful and contemptuous of other groups of people, years ago I had a Jewish girlfriend, and I can usually get along with blacks on the workforce. Although, there was that one occasion when I took a stance against workplace negro music, and conveyed to my emotionally insecure black co-worker how much I hated his culture. This almost enticed a fist fight. Fortunately for me the aggression subsided. I came close to being charged with a hate crime that day.

So as my block slowly became colonized by brown people, my contempt naturally amplified. And why would it not? My neighbors on both sides are genocidal, single white mom's, guilty of engaging in miscegenation with three different negros, awarding them with mongrelized children from each act of bestiality. My children are now the minority. The entire situation is dysgenic and uncomfortable. Black Barbie dolls accompanied by the sound of little monkey's can be heard a block away each time they leave the house, unsupervised. The mom's aren't very enthusiastic about motherhood, either. The complete drop in parental standards from these race traitors is made abundantly clear from the moment of infiltration. Ironic how these disgusting white women choose to copulate with niggers, yet rarely do they decide to live in the ghetto in which they hail from. Instead, white family men like myself have to endure their treason. Real nice. And for the record, when it comes to the negro invasion, it can usually be attributed to the negrophilia of our glorious women.

Other third world immigrants have also infiltrated my block. They bring their shitty native tongue, sustainable fertility rate and foreign malodor. These are the people I see often each time I step foot outside the confines of my home to bear witness to White Genocide. They are tribalistic, like we once were, and becoming increasingly numerous with each passing year. This is a catastrophic leap from the homogeneous neighborhood of the 80s I grew up in.

Diversity has a tendency to be loud and abrasive. If the ghetto jungle beats aren't felt pumping in my living room, the police can be seen surveying the block, oftentimes breaking up domestic disputes between bi-racial couples shacking up. All the ring fingers around here are barren. And God forbid a white man feel annoyed by these loud, thumping jungle beats and actually voice out against it. An all-out fist fight could ensue. Niggers are insecure when it comes to Whitey disliking his musical preference. Sheeeit.

Guilty of being White in this Jewish Wonderland will have you excluded from the various pungent barbecues commencing at the summer season. Community doesn't exist. Personally, I couldn't tell you most of my neighbors first name. People don't socialize under diverse circumstances. And why would we? There is no commonality. On a positive note, the mailman is usually cordial. This can be attributed to his inherent whiteness.

Diversity is a literal hell for White families. There is no strength, only struggle. Years ago, when I moved here from the city I felt victorious! The suburbs back then were nice and white, an ideal location to raise a family. Ultimately, my endeavor faltered, and I now find myself like the multitude of other white families in a state of despair. My only option is to pursue white flight. The few white neighbors I have would never openly oppose Jews and diversity. They're incognizant of the Hart-Cellar act of 1965, and if I happened to enlighten them, I'd receive either apathy or contempt for even mentioning it.

Currently, the only way out is to engage the (((Capitalist System))), garner shekels and adhere to diversity as you do, in order to move to an affluent white neighborhood. The taxes have to exceed anything you're likely to secure, financially. But how long will this escape route last? Wherever white people go, the muds of the third world and ghetto have a tendency to follow. They love us! They really love us! Either way, we lose as a collective.

In the end, sacrifices will have to be made to secure the existence of our people and a future for white children. This will require action! Writing an article is not action. Recording a video for Bitchute is not action. Kvetching on Gab is not action. The Jew has waged war against us. He is immune to dialogue, and celebrating our demographic replacement. We can't buy our way out of diversity with Jewish money!

This article was originally published here.
at June 09, 2020