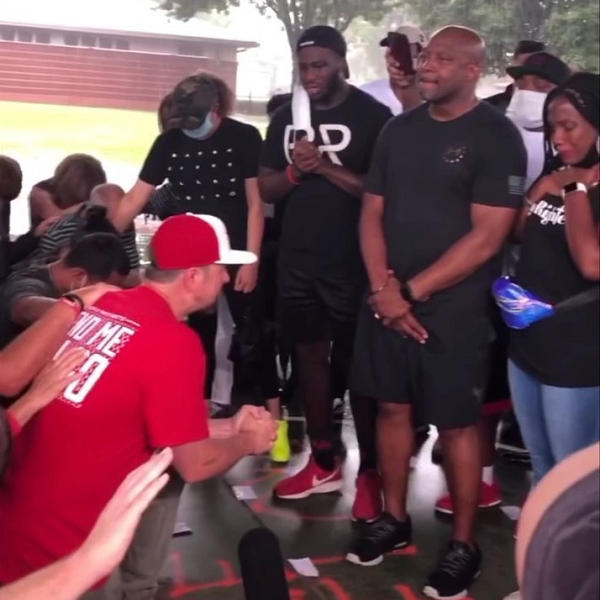 Niggers proclaim Black Lives Matter, their negro fists held to the sky, while pathetic white people get down on their knees to apologize for alleged racism that has nothing personally to do with them. White solidarity is repugnant. This is what constitutes change in the Jewish States of America.

I’ve never witnessed anything like this, where copious amounts of white people are aligned with the very people, i.e. blacks, who hate them, endeavoring to destroy what is rightfully theirs! 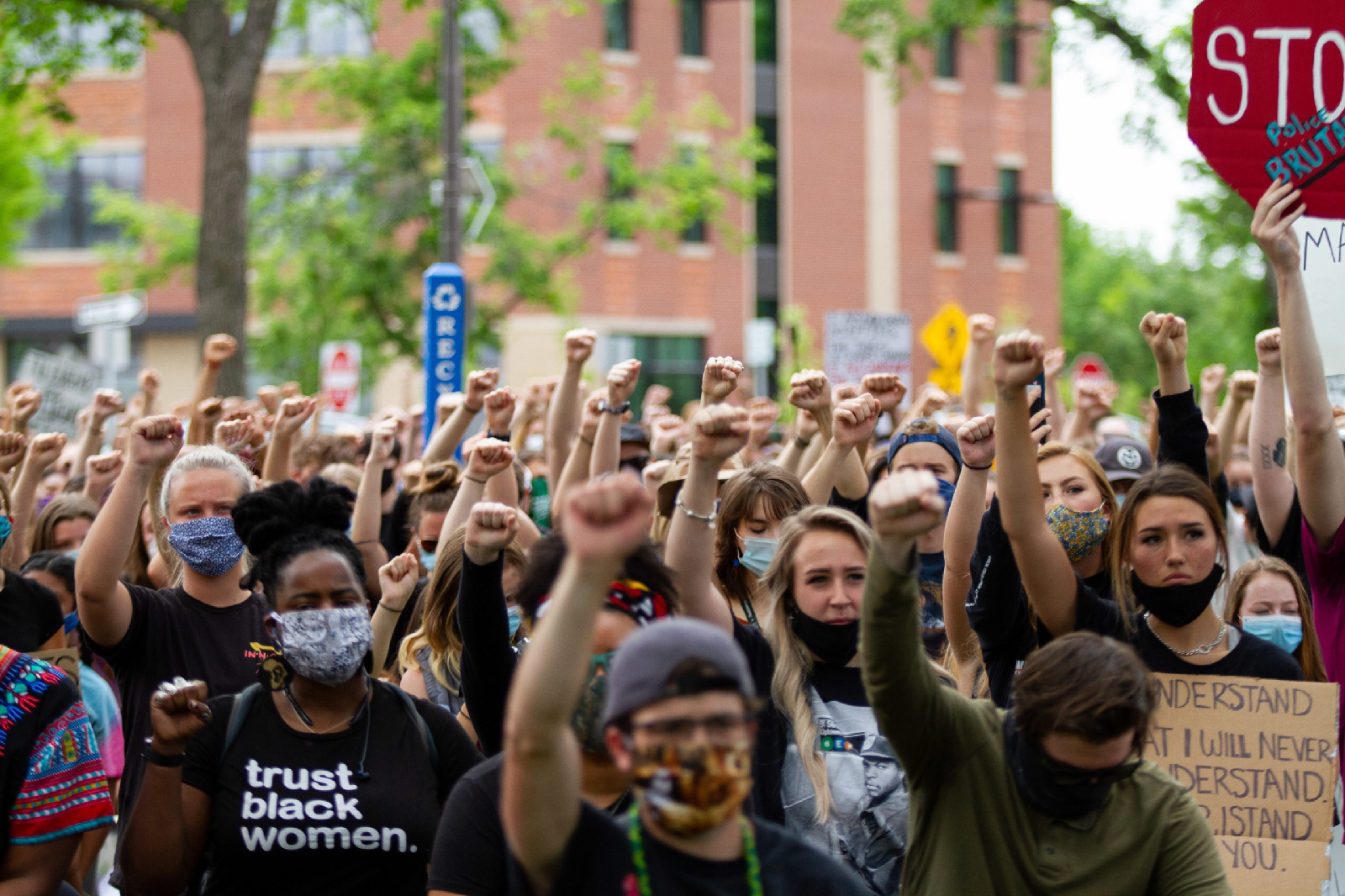 White pride worldwide is a fallacy.

This abomination, i.e. coalition, required some organizational skills, I’m assuming these adherents of Negro Lives Matter have read the Communist Manifesto along with its companion, Rules For Radicals. Saul Alinsky would be proud.

Where is our side? What are they planning to sit this one out in the hopes of people implementing common sense to join our cause? Only a delusional retard would subscribe to that notion. Never underestimate the stupidity of man.

Whites are beginning to outnumber blacks in certain areas of the protests. I’ve watched in dismay as White fists reached for the sky, European eyes demanded justice. The ramifications of this will be felt for years to come. Do yourself a favor, and attempt to enjoy what you can, the future will be uncomfortable for our people. And you can personally thank your in-group. They’ve been expedient in this detrimental change which is now coming to fruition. Only a self-loathing piece of shit would betray his or her ancestors. 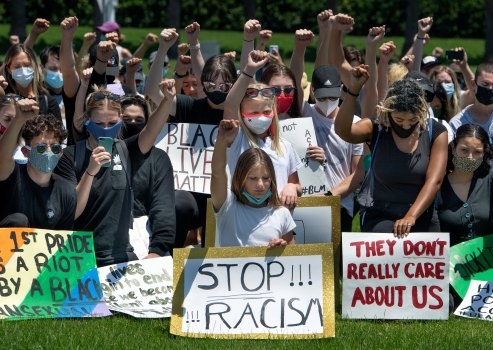 Nobody cared when a little white kid was thrown off the third story balcony of a mall by a nigger. Not even a hint of outrage. Yet, one criminal nigger dies and the entire world goes up in flames, and it’s justified. This is the mentality of the black/white coalition. White lives don’t matter.

How does a Pro-White advocate persist when his own people desperately desire their own destruction?

What are we fighting for when the vast majority of our own people want us dead?

How do we justify our activism and advocacy?

If our people vastly desire suicide, I say let them have it! And when the world our ancestors struggled to build is finally extinguished from the flames of diversity, maybe, if we’re lucky, a million other non-suicidal whites can build something from the ruins. In the end, that’s all we’ll have left.

What we’re witnessing right now is the largest mass suicide in history. Shit, even I’ve been contemplating a way out, but it’s not very Aryan, therefore I’ll abstain and embrace the destruction. What other choice is there? Our side is inactive, just like always.

We literally handed them a victory. Each and every one of us who took the cowards way out are complicit in the demise of our own people. Even me, I am not excluded.

There’s a price to pay for betraying our ancestors. As disunity and division continues to prevail amongst our ranks, we’ll all collectively suffer. 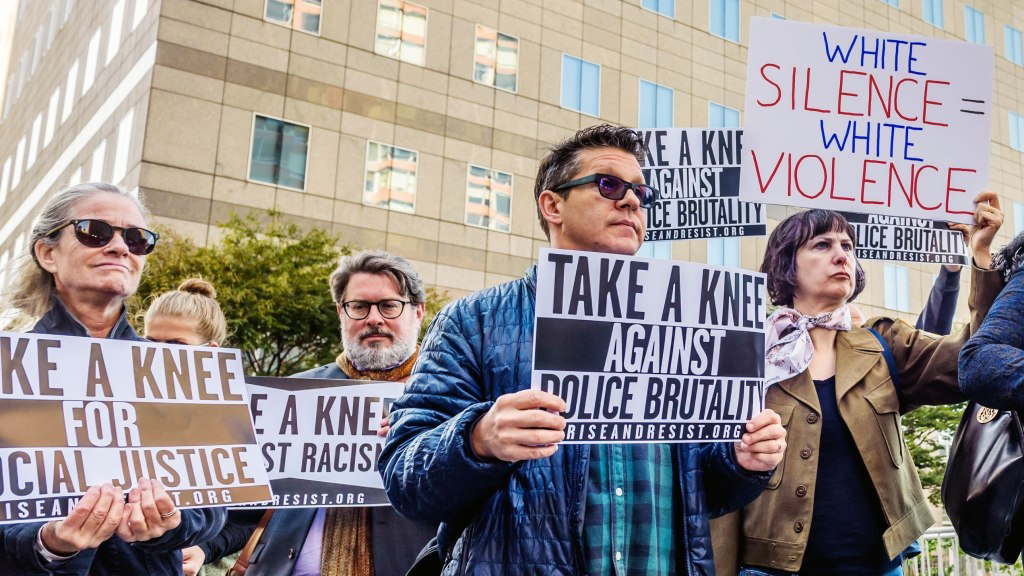 This article was originally published here.
at June 05, 2020

Email ThisBlogThis!Share to TwitterShare to FacebookShare to Pinterest
Labels: #whiteculture

Excellent essay that I have linked to from two of my blogs (the link to one shown below to allow you to read my commentary about your essay and affairs related to your essay).

Since hopping aboard the Web in 1995 I have noticed a steady increase in the anger of patriot White Americans and also an increase in anger among those who are patriots but of non-White background. We, the People need every Western warrior to fight back against the enormously wealthy and powerful forces arrayed against us. Traitors such as Soros and Bloomberg ans many others fund our enemies and own/control the propaganda systems of the world used to recruit the weak-minded to assist with their own eventual slaughter.

All of this stuff is extremely complicated and this complexity assists the tyrants that want to destroy Western civilization. Please consider this; the tyrannical media, traitor politicians and various leftists often use the label "White" when they want to make patriots look bad or evil. "White" has been perverts by our enemies via their propaganda systems, to be a negative in the minds of the already brainwashed and those still being indoctrinated to be subservient lackeys and slaves of their tyrannical New World Order masters. To counter some of this leftist/NWO/tyrannical propaganda I propose that there are times when substitution "Western" or "Western civilization" or similar labels/terms will make our "propaganda" (truth) more acceptable to the multitudes flooded by the output of the largest and most effective propaganda systems ever known... the systems owned/operated by the tyrants that want to destroy all of us and our beloved Western civilization... that just happens to have been created by and held tight by mostly White folks. But, our fellow patriots ready to face the evil forces facing us even to the point of total war can be of any color. Patriot is a way of life, a belief, a way of conducting ones' self that makes Antifa strike out at us and tyrants to allow millions of invaders to swarm in and kill us, rape our women and join ranks to destroy us and for those seeking a NWO to do anything and everything possible to destroy us so that evil can win.

We must not allow that to happen. If tyranny wins a New Dark Age descends.

Whoops, forgot to add the link to my comment about your article. No need to post that link in the comment section unless you want it there. I am currently sending the link to your essay to several Web sites where patriots dwell so that they can also spread it around.