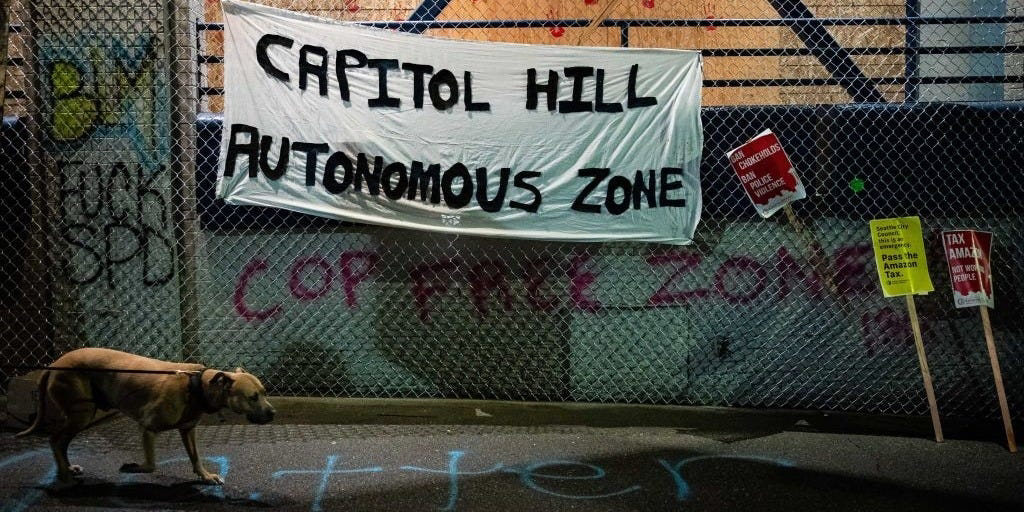 Well, it finally happened. Harold Covington's dream of seizing territory in the Northwest has been accomplished! The only problem is, it was achieved by the opposition. Our side has officially hit a new low. Manifest laughingstock.

As White Nationalists settled for kvetching over injustice on social media, an Untamed Gorilla, Antifa and a slew of self-loathing white people took our territory. By all means though, keep loafing in the comment section instead of marching in the streets. You are one moderator approved comment away from making Harold Covington proud! 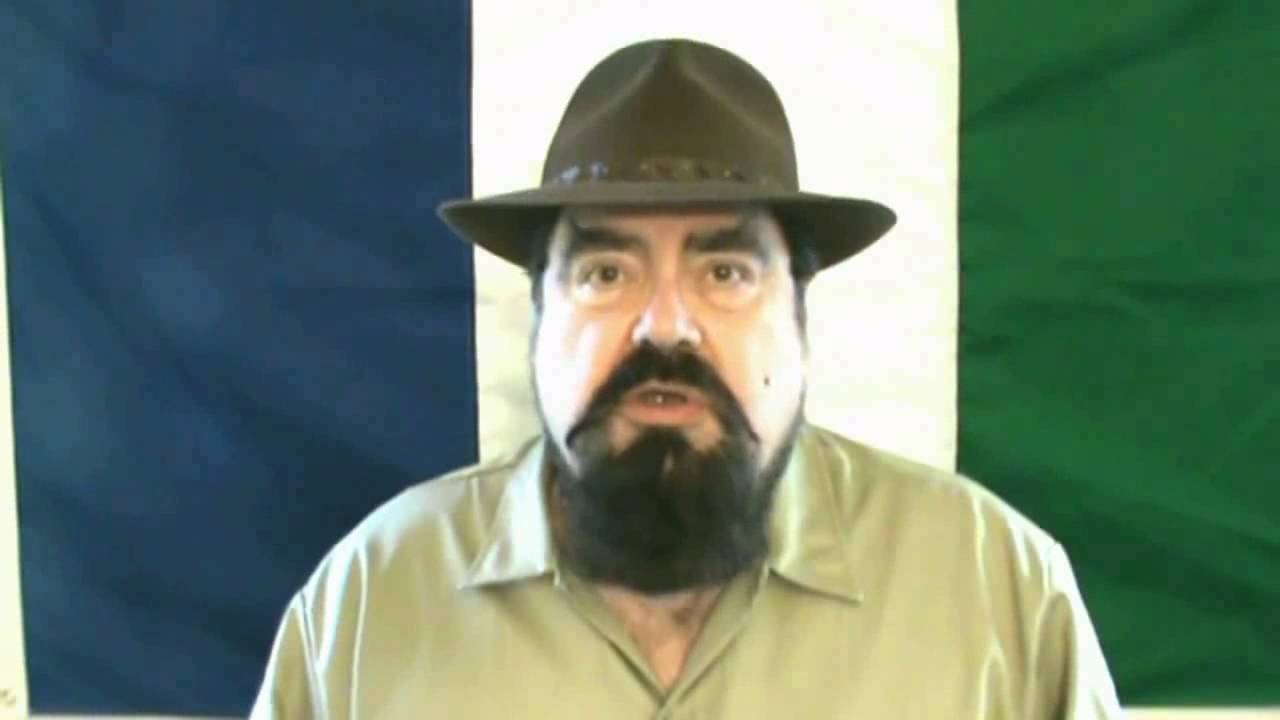 It's not just you, though. There are others guilty of living in delusion, they even have the audacity, accompanied by the popularity, to guide our people away from the goalpost. They have told us before and continue to tell us, all we have to do is wait, there's not enough of us yet. Yet? Let me tell you something. This is as good as it gets. We don't have time to squander when every minute counts against us. I can't even leave my house without seeing brown people.

Those of us who have studied history know all the past methods have been tried and failed. Glenn Miller endeavored for years to educate the masses in North Carolina. Look at that pathetic, miserable state now! They're kissing the feet of negros instead of taking their own side. Education campaigns are futile when white people are broadly opposed to the truth.

We have other prominent people on our side who insist on selling us their book in our dire time of need. Even though we're unemployed and in the middle of a race war we should not only purchase their book, but sit in our homes to read it. In other words, remain stagnant. The sheer audacity of some of these prominent people within our movement is utterly revolting. And what does this little book say, exactly? Does it offer us a solution? Of course not! That's why you can still purchase it on Amazon.

And yet we have other prominent people who've been in this for 30 years. They've been saying and doing the same old shit the entire time, meanwhile things have only gotten worse. What is their remedy to white people being lynched, stabbed and beaten? They want to talk about it on another frivolous podcast. Maybe this time around we'll finally be able to secure the existence of our people and a future for white children.

I've also been told to place my faith in God. Allegedly, we're experiencing a religious revival. The Catholics and their holy Church will eventually save us, all we have to do is be patient. Hallelujah! In the meantime, the Church is prospering from importing the third world into my country. Yeah, ain't that something. There's a few reasons why I renounced my beliefs and affiliations with the Catholic Church years ago. Plus, I've always been a man of action.

Faggots will jump to conclusions in the comment section and tell me not to punch right or to leave their guy alone. If they're fortunate enough to have their comment approved, that is. This isn't about left or right anymore, nor is it about dialogue or rhetoric. It's either victory or defeat.

Consider this, all the memes and fantasies propagated by our side on the internet is coming to fruition by the opposition. They have the gravitas and devotion to make things happen. And these people never read the Northwest Front series. 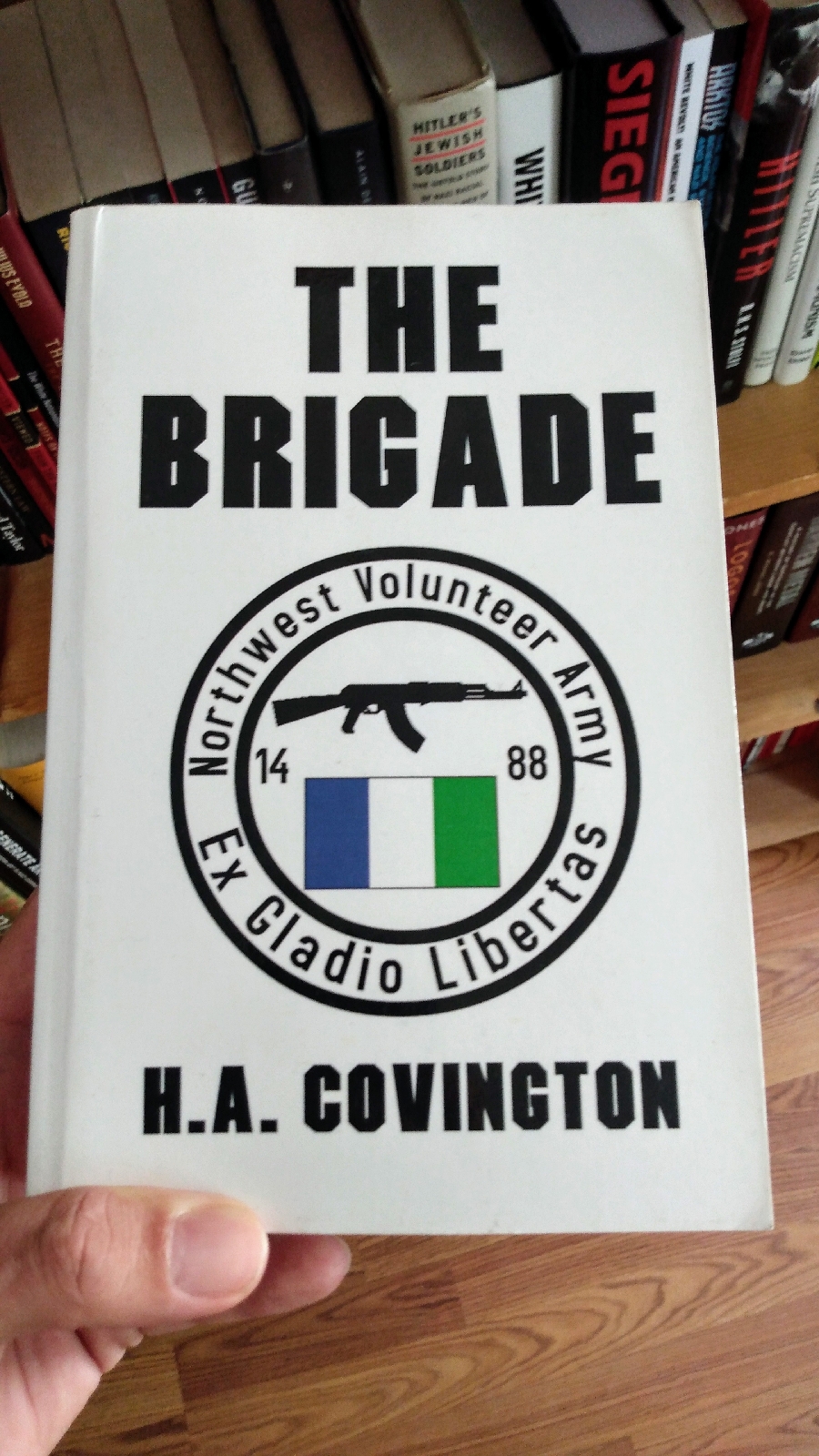 We're reaching the end of the rope. It won't be long now until feet are dangling in the wind. We have to ask ourselves, will those feet be wearing a pair of Air Jordans or Converse All Stars?

This article was originally published here.
at June 13, 2020

Email ThisBlogThis!Share to TwitterShare to FacebookShare to Pinterest
Labels: #accelerationism

Covington's Northwest Phantasy enacted by the Opposition is ore of irony, molten irony, pig-irony, wrought-irony, and cobbles in rolled sheet-irony.