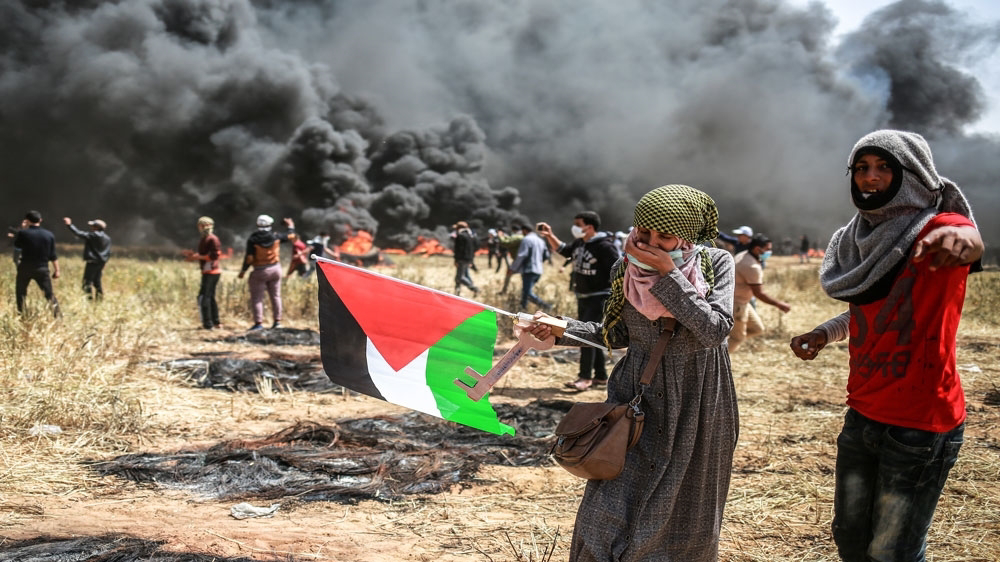 First off, this is not an attack against any in particular group or individual, it's merely something that must be said. We're disorganized, divided by dogma, and obviously disoriented. However, we need to stay focused on where we stand as a collective.

Now I will acknowledge the way Jews treat Palestinians is immoral and downright genocidal. Most of us have watched the irrefutable evidence on JewTube in utter revulsion at how Jews oftentimes slaughter the Palestinian people, even their women and children aren't immune to the injustice.

This doesn't however entice me to wave the flag of Palestine. I'll be honest and say the only reason I care what happens to Palestinians in Israel is because it can be used as leverage against the Jews.

I'm not in solidarity with Semites. They're not my people, and they're indifferent to our struggle. When's the last time any of us heard Palestinians denounce Jews for white genocide? Exactly. So why in the hell are we going to convey public sympathy or support to them? All this is doing is depicting us as incoherent liberals.

The Palestinians are also migrating to America, speaking in a native tongue as they take jobs, land and resources from white families. This isn't making America white again, therefore I oppose it to the utmost degree. The last batch of Semites haven't worked out to our betterment, and from the looks of it, these Palestinians will not be a friend or ally either. We have enough brown people already, go the fuck back home!

Concerning yourself with the welfare of the opposition is a suicidal solution to an irrelevant problem. What the Jews are doing to the Palestinians is what they're doing to us, only on a broader scale. I don't have bonus time to squander towards ideological schizophrenia and or psychosis. I've picked my side a long time ago, shilling for the enemy will only result in future humiliation. I'm a proponent of the 14 words, I don't recall hearing anything about brown people when reciting them.