Bob Matthews' Letter To The US Congress 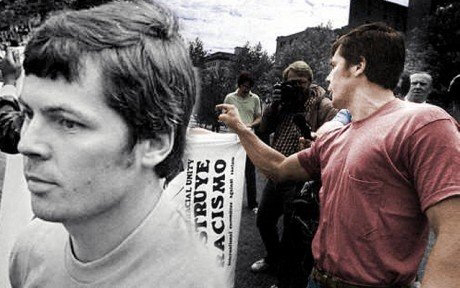 All of you together are not solely responsible for what has happened to America, but each of you, without exception, is partly responsible. And the day will come when each of you will be called to account for that responsibility.

The day will come when your complicity in the betrayal of the 55,000 Americans who were sacrificed in Vietnam will be called to account. Whether you were a “hawk” or a “dove” will not carry much weight then. All that will matter is that you played politics while they were dying. All we will ask you is why you failed in your responsibility to them and to America, why you failed to use the full power of your office to expose the treason of your colleagues.

The day will come when your subservience to the Anti American “Israel Lobby” will be called to account. Your votes to strip American arsenals so that Zionists can hold on to stolen land; you acquiescence in a policy which has turned all our Arab friends into enemies, seriously jeopardized our oil lifeline, and bankrupted our national economy, those things are inexcusable. And no plea that you “had to do it,” that the Jewish pressure on you was too great to resist, will acquit you.

The day will come, if America survives, when you will pay dearly for having weakened America and strengthened our Communist enemies all over the world. And don’t try to tell us that Henry Kissinger is the one to blame for that. You confirmed Kissinger’s appointment knowing full well what his policies were. You went along with Kissinger. You could have stopped him any time you wanted to.

The day will come when, above all else, you will pay for betraying your race. Most of you will say that you are against the forced racial busing of school children, that you are against the Black terror which stalks the streets of our cities, that you are against the “reverse discrimination” which takes jobs away from Whites and gives them to Blacks, that you are against the flooding of America with illegal immigrants, because you know all these things are unpopular. But you brought every one of these plagues down on our heads. You passed the “civil rights” laws which gave us busing in the first place, and then you refused repeatedly to specifically outlaw this monstrous crime against our children. It was your scramble for Black votes and your cowardice in the face of the controlled news media which allowed our cities to become crime-infested jungles. You set up the requirements that employers had to meet racial quotas. And you passed the immigration laws which started the flood of non-White immigrants into America, a flood which is now out of control.

We hold you responsible for all these things; for every White child terrorized in a racially-mixed school, for every White person murdered in one of our urban jungles, for every White woman raped by one of the arrogant “equals” roaming our streets, for every White family hungry and desperate because a White worker’s job was given to a Black. Each day the list grows longer, but the day will come when the whole score will be settled and you will pay for every one of these debts in full.

Don’t try to explain to us that you voted right some of the time, that government is a game of give and take, and that you had to vote for the bad laws in order to get others to vote for good laws. All we care about is that you have collectively ruined America and put our whole race in jeopardy.

We know what America used to be and what it could be today. And we can see what it has become instead, and you presided over that transformation. We placed our trust in you, we gave you the responsibility for our future, and you betrayed us.

You know how to lie smoothly and convincingly, how to talk out of both sides of your mouth at the same time, how to switch sides without blinking an eye, but when the American people finally rise up in righteous wrath and demand justice, none of your trickery and deceit will save you.

Whether you were an instigator of the treason or whether you just went along for the ride will make little difference to us. We will not listen to your explanation that you were really on our side all the time… We will only remember that you could have stopped what has happened to America, and, for whatever reason, you did not.

With these things said, let the battle begin.

We, the following, being of sound mind and under no duress, do hereby sign this document of our own free will, stating forthrightly and without fear that we declare ourselves to be in a full and unrelenting state of war with those forces seeking and consciously promoting the destruction of our race.

Therefore, for blood, soil and honor, for the future of our children, and for our King, Jesus Christ, we commit ourselves to battle. Amen.
at June 02, 2020