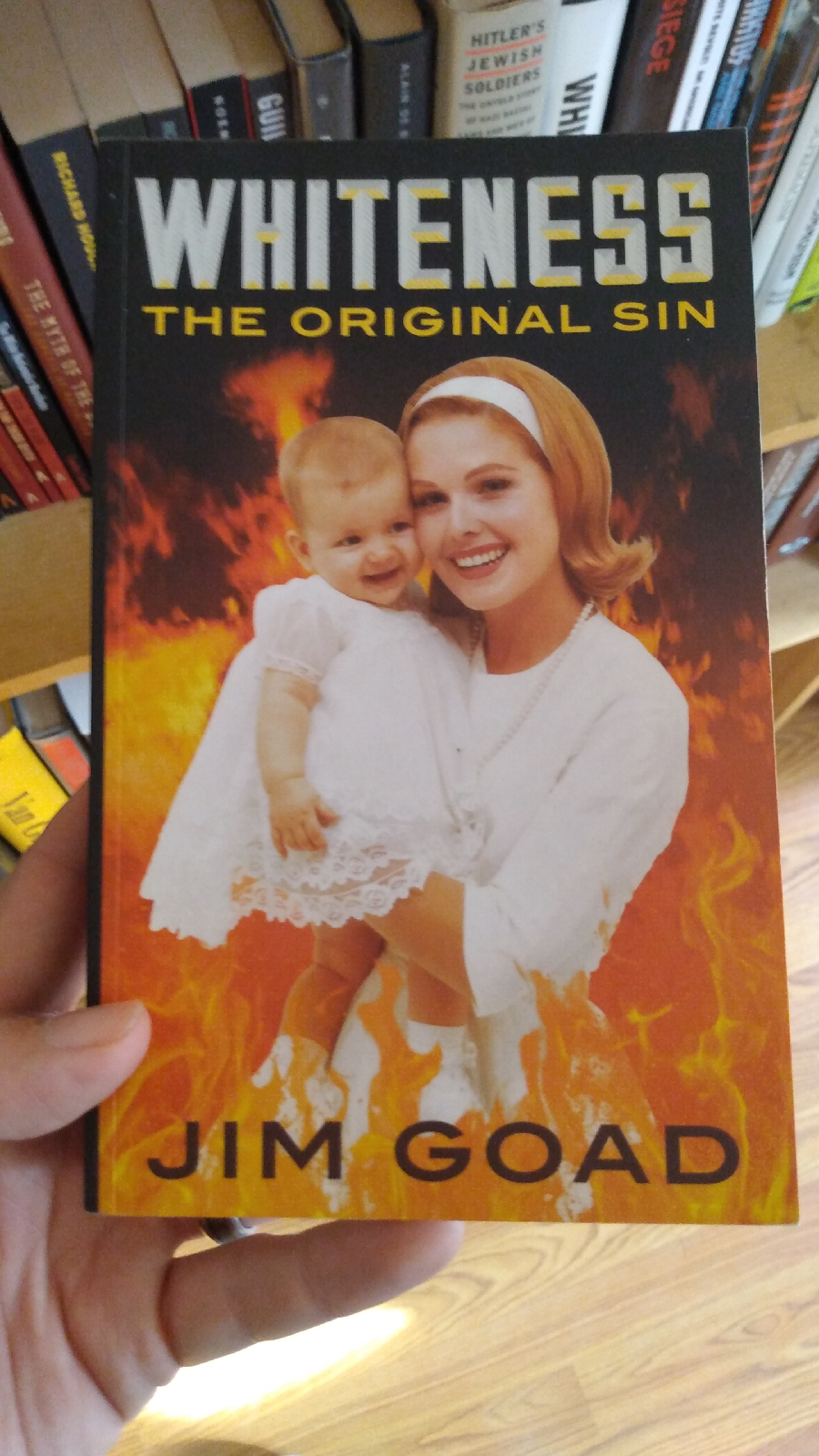 Whiteness: The Original Sin, is the first and only book I've read so far by Jim Goad. It's not bad by any means for an ex-member of the Wigger Waffen. I say that with all due respect, Jim. I thought all hope was lost when it came to wiggers, but you've totally changed my mind on that one.

Jim does the work all the pseudo-journalists should be doing: covering the facts instead of covering them up. White People have faced a grave injustice since the advent of political correctness, i.e. Jewish Sharia. They've become the laughingstock and punching bag of society, Jim highlights this throughout the entire book. For example, in chapter 47 he covers the story of Wigger Waffen associate, Andrew Quade. A white man with a predilection for brown sugar. As repulsive as this narrative already is we find out the race traitor is brutally beaten by local niggers for stealing one of their black queens. The beating almost left him dead. Fortunately, he survived to perpetuate his racial transgressions, only this time with a slur. Yep. You heard me correctly. He was beaten so severely that he now slurs his words and sheeeeeit. But it  actually gets better. The Untamed Gorillas weren't even charged with a hate crime. Thank God for muh White Privilege.

Our boomer Jim also covers the neglected narrative of White Slavery in chapter 15 entitled White Slavery Denial. This in my opinion is the most salient chapter in the entire book. It offers the reader emancipation from White Guilt. The (((education system))) purposely covers up the fact that White People were the first slaves in America. And if you happen to be one of the very few who are enlightened enough to bring up this fact you'll be greeted with contemptuous denial, and also denounced as a racist. You best respect their struggle, white boy!

Whiteness: The Original Sin is a testament to the persecution we face as a people. The system literally promotes it. However, White Passivity has also played a crucial role in this Anti-White campaign. If we as a collective actually did the right thing and took our own side in this struggle instead of biting the bullet until our teeth shattered, we wouldn't be experiencing this level of persecution.

Jim did a Nobel deed by diligently covering the neglected stories of the Jewish media. The entire book is a red pill for normies. Unfortunately, Whiteness: The Original Sin is not prominently displayed at your local Barnes & Nobles store, where it could actually make a pivotal difference. Either way, the book is required reading.
at April 28, 2020