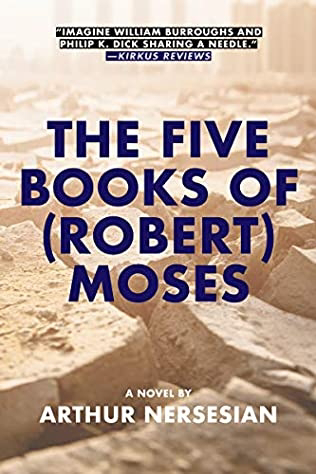 It took Arthur Nersesian more than 25 years to write his epic 1,506-page novel about a dystopian New York City. The Five Books Of (Robert) Moses is already being compared to Phil Roth's The Plot Against America. Upon discovery of this novel I also discovered the legendary work of Honorary Aryan master builder Robert Moses. 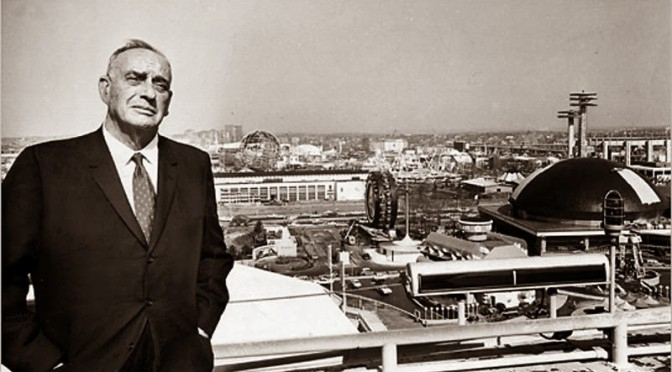 I immediately searched for a decent book on the life and work of Robert Moses, our greatest ally, and found one on Amazon entitled The Power Broker.

The biography of Robert Moses (1888–1981) is called The Power Broker for good reason. There is no one in the twentieth century that wielded more power than the largely unknown Robert Moses. Nearly every construction project of note in the city and much of the state was built by permission of New York urban planner Robert Moses. The expressways, the bridges, the parkways, the public housing projects, the playgrounds, the parks with zoos and skating rinks, the golf courses, the beaches and even the dam at Niagara were all built under his authority. No mere politician, or combination of politicians, could match the raw dictatorial power Robert Moses wielded over the state of New York.

Moses was also a vicious racist who provides a textbook example of the power of one race-hating public official to create ghettoes, slums, and blight along purely racial lines. Moses threw 250,000 residents out of their homes: that is more people than lived in Albany or Chattanooga, or in Spokane, Akron, Mobile, Nashville or Sacramento. And according to biographer Robert Caro “a disproportionate share of them were black, Puerto Rican—and poor.”

When Moses built housing for poor people, “he built housing bleak, sterile, cheap—expressive of patronizing condescension in every line.” And he built it in locations that “contributed to the ghettoization of the city, dividing up the city by color and income.”

He restricted the use of state parks by poor and lower-middle-class families by limiting access to the parks by rapid transit. He instructed an aide to build the bridges across his new parkways low—too low for buses to pass. Even Governor Roosevelt, the future president, wouldn’t interfere when he found out that “Moses was discouraging Negroes from using many of his state parks.” Biographer Caro wrote:
For Negroes, whom he [Moses] considered inherently “dirty,” there were further measures. Buses needed permits to enter state parks; buses chartered by Negro groups found it very difficult to obtain permits, particularly to Moses’ beloved Jones Beach; most were shunted to parks many miles further out on Long Island. And even in these parks, buses carrying Negro groups were shunted to the furthest reaches of the parking areas. And Negroes were discouraged from using “white” beach areas….

Robert Moses was convinced that Blacks did not like cold water: the temperature at the pool at Jones Beach was deliberately icy to keep Blacks out. He poured tens of millions of dollars into creating new parks in New York for whites, but claimed he could do nothing for inner-city areas where Blacks lived. To discourage “colored” people from using the Thomas Jefferson Pool, Moses, as he had done so successfully at Jones Beach, employed only white lifeguards and attendants. He deliberately spent $30 million less on Riverside Park in the areas adjacent to the Black and Latino neighborhoods. “He added 132 acres to the parts of the park most likely to be used by white people—but not one acre to the part of the park most likely to be used by black people.”

The list of crimes against Blacks and Latinos committed by Robert Moses is virtually endless (Caro’s Pulitzer Prize-winning book is 1,300 pages), but the fact that the hundreds of thousands of jobs created by the massive construction projects were denied to Blacks and Latinos must be considered one of the greatest racial crimes of the 20th century.

Yeah, it's a crime for white people to be left alone in peace. God forbid we congregate exclusively amongst our own, and not deal with the headache inducing displeasure of multiculturalism. We're not Jewish though, so we're not awarded that privilege of in-group preference without being vilified and publicly denounced as evil White Supremacists.

Needless to say, Jews are still kvetching over the racial transgressions of Robert Moses to this day. They won't stop until his name is removed from the history books. Maybe it has something to do with him giving them the cold shoulder.

The thing I find fascinating about Robert Moses is his Jewish ancestry, although he was no fan of chosenites. He relinquished his Jewish past and became Episcopalian after he finished college.

If anyone deserves Honorary Aryan citizenship it's definitely this guy. He thoroughly endorsed White Nationalism to the utmost by sequestering the repulsive minorities from us decent white folks. Hail victory to that. This is further proof that not all Jews are incorrigible demon spawn worthy of contempt.
at May 01, 2020