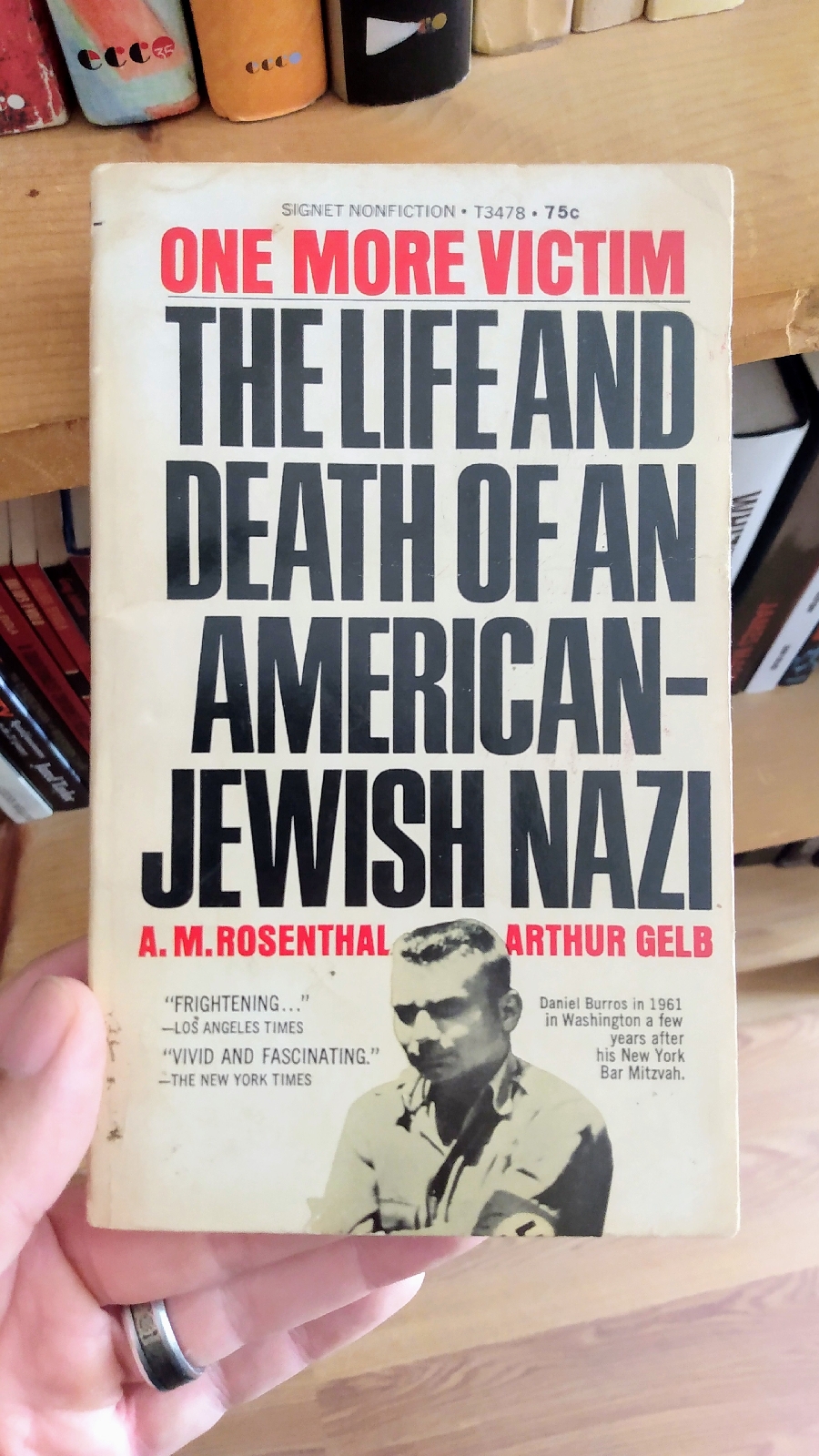 It can be argued that Danny Burros, the Jew who infiltrated Rockwell's American Nazi Party was more devoted to the cause than most of our own people. Throughout the years we've watched countless allies come and go, some have even joined the opposition. The movement for Danny however meant so much that when he was doxxed by the New York Times it actually drove him to suicide. In fact, Danny's last words were long live the white race.

During his transient time served under Rockwell he allegedly worked on the big book, i.e. White Power, and also worked extensively in the propaganda department producing most the fliers and articles.

Danny was a man of action. When events began to appear bleak under Rockwell he joined the KKK instead as a more viable option. Although initially he did have a few personal problems since he was an adherent to Odinism and the KKK are inherently Christian. This however didn't deter Danny from quickly rising to rank of Grand Master Dragon until the New York Times exposed him as a Jew.

Nobody knows what Danny would have accomplished had he remained a crypto-Jew. In fact, a few sources reveal the KKK would've embraced him as an honorary Aryan. Either way, all we can do is speculate. I do believe however that after a few more years Danny would have found himself to be disillusioned with the entire movement much like the rest of us. After all, nothing has really changed for the betterment of our people since the days of Rockwell.

I encourage anyone interested in the history of the 60s Far Right Movement, and more particularly, the life of Danny Burros to read this book.
at April 25, 2020